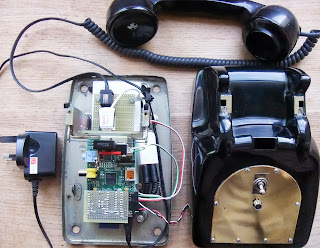 A few weeks ago I posted some early pictures of this project and promised I'd blog about  it. Although the hardware is done it still needs some software tweaks but I've decided to post some more pictures because I'm going to be really busy for the next few weeks and won't get much time for this project.

[ The reason I'll be busy is I'm doing two hackathons for my work, a geospatial hack  - http://2013.foss4g.org/geohack/ and a fashion hack - https://climate.makes.org/thimble/climate-change-and-fashion-hackathon ]

Hardware list -
Bakelite telephone. The earpiece is the original one but the microphone was a carbon type so I replaced this with an electret capsule.
USB audio adaptor. These can be imported from China via ebay.
Toggle switch and microswitches.  I've put a "sound/silent" toggle on the front, plus and LED with chrome bezel - all from the junk box.  The "sound/silent" plate for the toggle switch is from an old cine projector.
MCP23008 port expander. To interface the switches and LED to the Raspberry Pi using I2C (SMBUS).
WiPi - wifi adapter.
5V PSU.
Other than a few bits of wire, stripboard and the odd connector and nuts and bolts that's about it. 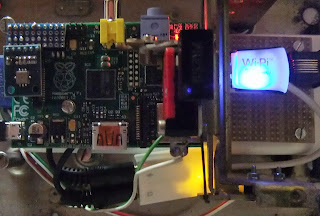 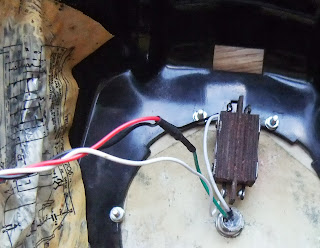 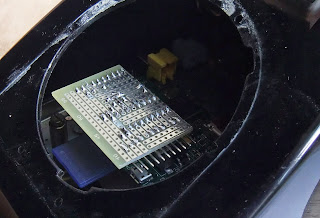 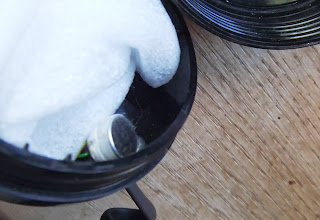